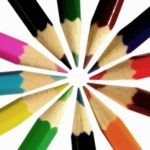 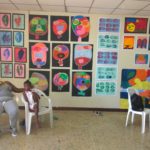 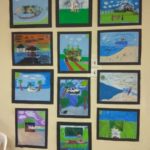 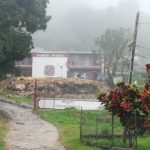 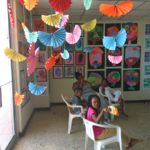 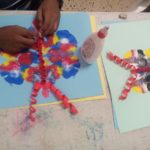 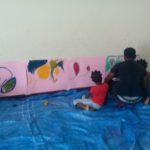 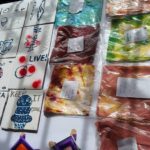 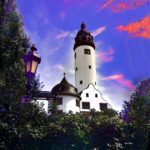 Contrary to popular belief, you dont have to be a singer who has busted out, an actor, or painter who has sold a piece of art for millions. There are other jobs that need skill and talent to attract those dollars.
Some of them are:

Makeup Artist
Celebrities hire their own personal makeup assistants to help them out behind the scenes of a big act, or simply to be all dolled up before hitting the town. Makeup artists with less than two years of experience can make up to US$400 a day. The best entry into that career field is not a standard education, but gaining an apprenticeship under established makeup artists.

Publicist
Celebrities thrive on the work of publicists. Publicists and public relations managers ensure that the face of celebrities remains forefront in the public domain. Damage control, which means keeping the client’s name and face out of the public when things go wrong is therefore critical. The earnings potential for an effective publicist is virtually unlimited as the work they do is considered ever so critical worldwide.

Recording Engineer
Behind the singer, musician or the producer that soak up all the fame for a hit song or album, is a recording engineer. Recording engineers basically run the mixing board and other controls, for songs to get recorded. At the entry-level, recording engineer can earn as low as between US$25,000 and $35,000 a year, but with experience collections get higher.

Visual Effects Supervisor
The need for creative people trained in the craft of effects is climbing. Computer effects today are no longer limited to just science fiction and fantasy films. CGI specialists are popular. The salary for a visual effects supervisor depends on the budget of the film itself, but earnings in excess of $100,000 a year is more often possible.

Photographer
Photographers who work consistently continues to grow. Photographers are critical at every level, from shooting fashion layouts for local newspaper advertisements to documenting a mere road tour. At the entry level, on-the-job training is considered as valuable as formal education. Although few reach the legendary status, a six-figure income is not uncommon.

Screenwriter
If you have the talent of putting words to paper and are able to visualize imagery in prose, it is possible to earn a more than decent living by writing short industrial training films. These are the kinds of 15 to 30 minute long films used to train employees or reveal a company’s strengths to potential investors or advertisers. This kind of screenwriting certainly does not bring fame, but it can quite easily bring a six-figure fortune.

Songwriter
After the shot at fame as a singer, it is time to discover that the real way of earning money is is as a songwriter. Although rock and roll introduced the concept of the singer/songwriter as the standard, the fact is that many of the most famous singing acts of all time have never written a song in their lives. Being paid to write songs is quite lucrative, of course, but songwriting continues to remain one of the most lucrative of all the careers in the arts thanks to royalties. Once a song becomes a hit, every single time it is played on the radio or in the mall or during a movie, the songwriter gets a little more money. In some cases a songwriter can eventually make more money from a hit song than the much more famous singer.

DID YOU KNOW that OAaSIS International Founder Anthea McGibbon was once a sought out wedding photographer, while she practiced her skills as a photographer?

Read more on the eHOW site by clicking here

Others on the list are:
art director
investigators require some level of artistry
interior decorator